“We take heroes on the journey” Initiative 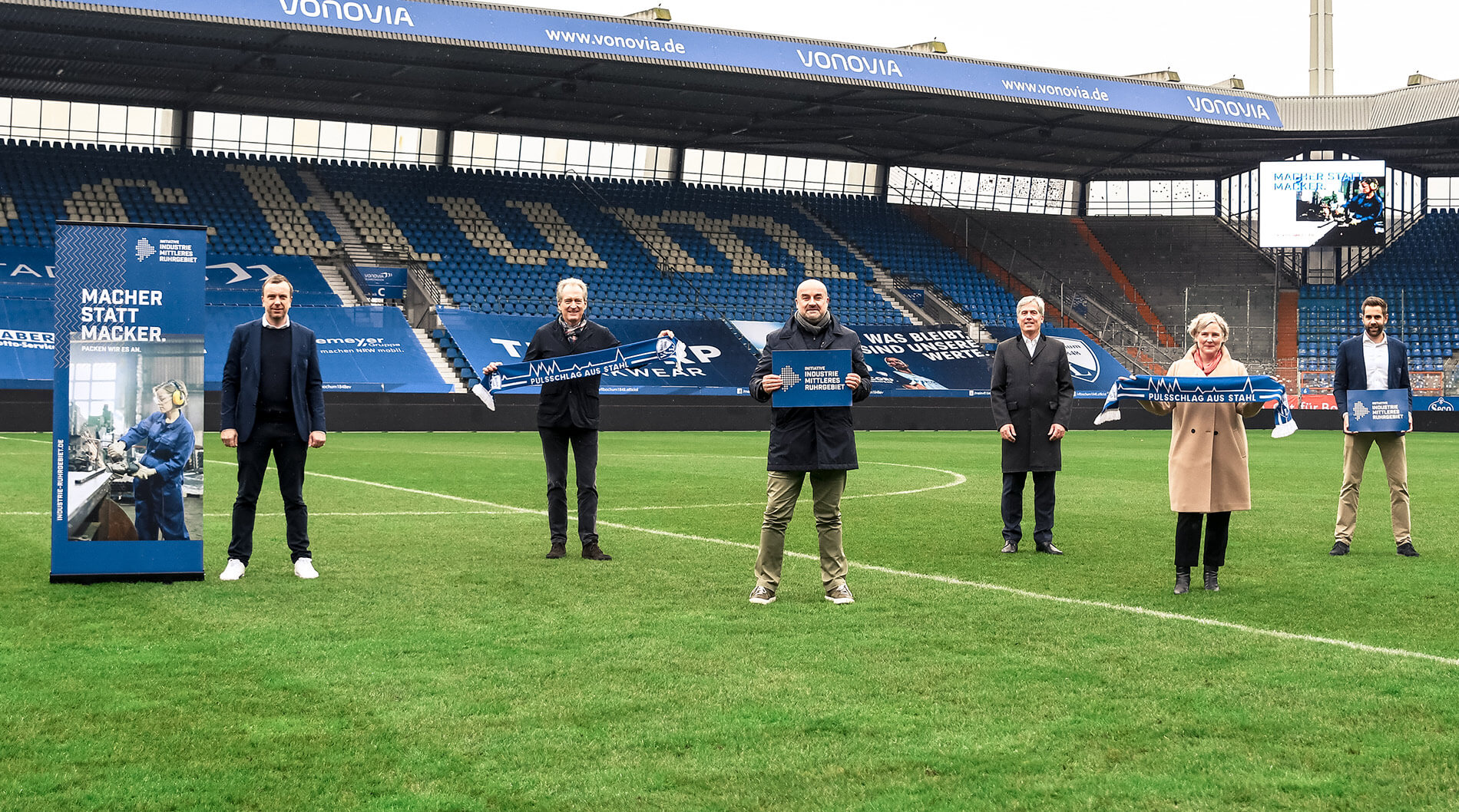 VfL Bochum 1848 and the Initiative Industrie Mittleres Ruhrgebiet will jointly promote the location in the coming year. The campaign “We’re take heroes on a journey” will focus on the region’s industrial companies, their employees and future skilled workers. The aim is to present a strong region with its successful companies and its strong people.

“Our goal has long been to communicate the diversity and attractiveness of the location and its employers to a broad public and thus also to potential skilled workers,” says Dirk W. Erlhöfer, co-initiator of the Initiative Industrie Mittleres Ruhrgebiet and Chief Executive of the Employers’ Associations Ruhr / Westphalia.

“Our location may not be known for its beautiful landscapes, but it is very well known for its [“beautiful”] people who live here: honest, hands-on, down-to-earth – just good spirits you can rely on. Incidentally, this also applies to the local industrial companies,” adds Christopher Schäfer, Managing Director of Maschinenfabrik Köppern GmbH & Co. KG. and co-initiator of the initiative. “We want to bring value creation and appreciation back into line.”

VfL, which will support the campaign, also identifies with these values. “The attributes of the Ruhr region are also those of VfL Bochum 1848. If the Ruhr region were a ‘human being’, we would very much like to have this as a player in our team and at our side. A player who is always authentic, approachable and reliable,” adds Christoph Wortmann, Director of Marketing & Sales at VfL Bochum 1848.

“The economy in the central Ruhr region is changing into a service and knowledge society, but at its core it remains a vibrant, innovative and now globally networked industrial region,” says Wilfried Neuhaus-Galladé, Managing Director of J.D. Neuhaus GmbH & Co. KG and co-initiator of the campaign. This is characterized by a large number of medium-sized and often family-run industrial companies – often leading global suppliers of highly innovative products.

In 2021, the campaign will mark the start of a new form of cooperation that is open to other interested companies.