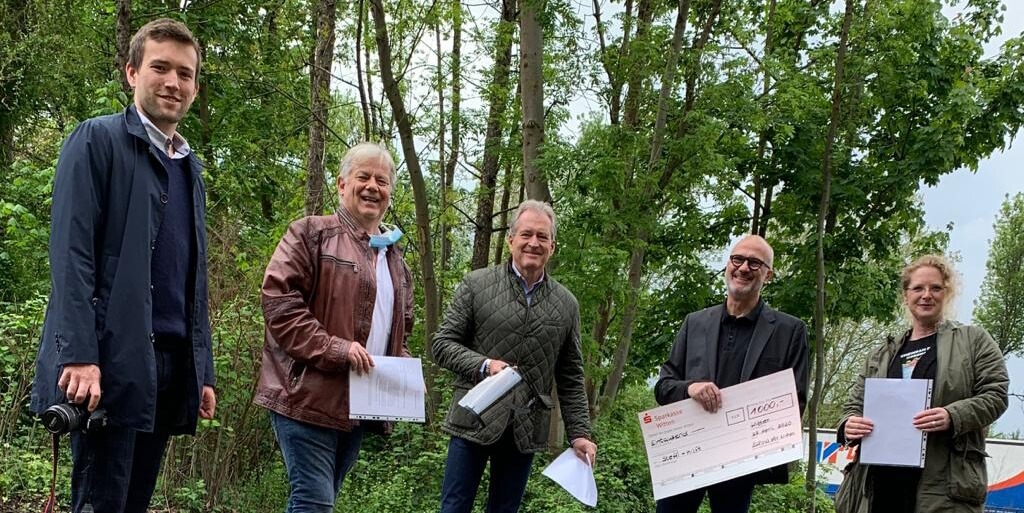 For the first time, J.D. NEUHAUS GmbH and the Witten Dental Association, represented by Wilfried Neuhaus-Gallade (Managing Director of J.D. NEUHAUS GmbH), Dr. Richard Surrey and Dr. Joerg Seisler (Chairman of the Dental Association), carried out a fundraising campaign for the initiative “Steffi hilft”, which was brought to a pleasing conclusion with the direct handover of the donation to Mrs. Neto Mendonca on 29th April 2020.

At J.D. NEUHAUS, the 3D-printer fleet was positively misused to produce protective visors. After all JDN employees were supplied with the self-produced visors, JDN decided to produce these protective visors for medical staff. Such protective visors are especially needed by dentists to protect themselves and their patients against an infection with the COVID-19 virus. After a short exchange of both parties J.D.NEUHAUS donated 100 protective visors to the Dental Association. After an exchange of thoughts with the Witten based family business the members of the association decided to donate 1000 € in return to “Steffi hilft”. Dentists in Witten have already been wearing the protective masks since last week and can thus continue to care for their patients in a protected manner.

Mrs. Stefanie Neto Mendonca’s initiative “Steffi hilft” helps homeless citizens of Witten who have at least temporarily a safe place in the house at Mühlengraben 8.

“As a family business in Witten, we feel obliged to give something back to society. The fact that we were able to organize this fundraising campaign together with the Dental Association within such a short time makes us at J.D. NEUHAUS extremely proud” says Wilfried Neuhaus-Galladé. Dr. Richard Surrey from the Dental Association adds: “Since immediate help is important to us, we are handing over the money to Mrs. Neto Mendonca, who with her initiative […] is very committed to the residents of the house and together with them will certainly find a good use for these funds”.